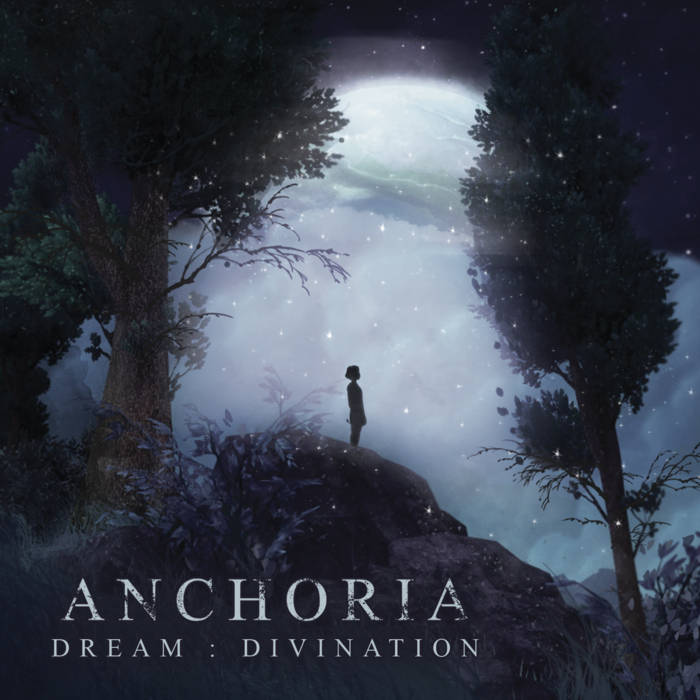 It’s not what you’ve done, it’s what you’ve done lately. And lately, I’ve done things and have made moves that have fortunately manifested into happiness. The happiest I’ve been in a long time. Maybe since I can even remember. 2018 was probably the busiest, craziest, funnest year I can remember and while I’ve gained so much, I’ve also lost some things that meant a lot to me as well.

Anchoria. We never made it officially known, but we broke up back in May. Not for really any reason other than it became something we couldn’t all fully dedicate our time to in order to make it what we wanted it to be. We turned into a dad band and priorities shifted. Personally, I’ve reached all the goals I set for myself within that band except for one. While we were never lucky enough to find a drummer, I am thankful for the opportunity to sit behind the drums for this band. I love playing drums a lot but not playing guitar in a band really started to get to me. We have been talking about finishing the EP we have written and demo’d, so we’ll see how that plays out. We would love to send Anchoria off in a proper way someday. Life works in weird ways so I’m leaving it to fate’s hands now.

My Manic Mind. At the beginning of the year, the band hired me to record and mix their debut EP. We spent about 6 months from tracking everything to the finished product and we grasped a great understanding of how we all worked together. Everything went so smoothly, however during the recording process they were hit with a problem, they didn’t have a bassist anymore. While Quory was able to fill in and track the parts for the EP, they had no bassist for when they played shows. In June or July, while we were wrapping up with the EP, Quory had asked if I would be interested in filling in for a few shows and seeing how it went. After Anchoria had broken up I had planned on taking a break from playing music to focus on recording and mixing other bands and musicians around the area. After some thought, I agreed to give it a try. Things went so well and I found myself understanding exactly what I was missing and wanted out of music in general. My goal at the beginning of the year was simple. It was to find different perspectives in music. Playing bass in My Manic Mind provided me with just that in several different ways. I’ve always been used to starting a band from scratch with others and being a co-founder. Joining My Manic Mind, it was the first band that I joined after they had already established themselves. Not that that’s really important or anything, but for me, understanding and listening to the ideas of other musicians and understanding them fully instead of starting another band from scratch with root ideas was a breath of fresh air. It felt nice to be trusted with someone else’s musical baby and trusted with the freedom to dive into the deep end with writing parts on my instrument and coming back with something that blends in with everyone else’s ideas. Quory, David, Mike and I all reach deep into our pockets to find the best ideas to bring to the table and at the end of the day, we end up with something we all like. And it’s easy to like it because we’re having fun with it. Another thing that’s special about this band is how self-sufficient we’ve become. It took us a week and a half for work on a single and a music video that we feel we didn’t half ass and all for the cost of $0. That’s impressive to me. The fact we’re able to do whatever we set our manic minds to is important to me. Throughout this last year, I’ve really bonded with this band and each member playing shows in places that were new to me and doing things I’ve never done before. Not only has it been a great feeling to hear music you’ve been a part of over the radio, but hearing music that you’ve tracked and mixed over the radio on not just one, but several radio stations feels unbelievable almost. I think I speak for the guys as well in saying how incredibly grateful and thankful we are for everyone that’s supported what we’ve been doing and the opportunities we’ve been granted throughout the year. From buying merch at shows to liking and sharing a song/video of ours, it all means a lot to us that others dig what we’re doing. I’m beyond excited to what 2019 has in store for us. Full-length scratch tracks are finished by the way. wink wink.

Flashback Lounge. This now falls into the category of things that have been lost. As a home away from home, and as a place where I’ve always felt I could go to clear my head or to rely on friends to feel better, I want to say thank you to Mitch, Kristin, and Lily for everything they’ve done the last few years. All the shows, all the chicken tenders, burger nights, board games, late nights, deep talks, everything. I’ve spent a lot of time there and developed some great memories with friends I’ve grown close to and friends I’ve grown further away from. Nonetheless, I’m grateful to have had a place that has meant so much to me. Can’t wait for the brewery in 2019.

Personally. 2018 was the year of many firsts for me. I moved out of my parents’ house for the first time in the fall and I’m now living in town with my pup, Brava. I’ve been really blessed to have such an awesome dog to be there for me. She’s the sweetest/smartest dog I know and she kills me with her goofiness at the best of times. I still love my job and I’m thankful for all that I’m able to do and learn on a daily basis and for the people I’m incredibly lucky to work with every day. Mid 2019 will mark 3 years I’ve been working for Checkpoint/Webit365 and that’s pretty exciting. There were also goals I was unable to achieve this year. Goals that involved my physical health in particular. With that said, I do feel my mental health has been the best it’s been since probably early high school. I find myself having a positive outlook on things around me and feeling good about the next day even if the current day doesn’t feel so good or I don’t feel good about how I look or whatever. My anxiety acts up from time to time though it always will. I’ve listened to hours and hours of podcasts throughout my work days and have started to read a lot more material consisting of ideas, and perspectives that have helped made an impact on the way I think about things and the world we all live in. Having an understanding helps to not feel as lost. I’ve also felt I’ve developed a greater appreciation for my parents and all they’ve done to prepare me up to this point in my life. I feel closer to my family than I have before I think, even though we’ve always been close. I’m really grateful enough to have grown closer to a couple incredible people who’ve really been there for me. You all should know who you are if you read this. I’m so appreciative of this year. It’s had its ups and downs but 2018 has honestly made me feel excited for the rest of my life in general. I think every year should feel like this towards the end of it, at least that’s the goal anyway. I understand not everyone may feel this way at the end of their year but I think it’s important to acknowledge the good years as well as the bad ones in order to appreciate the complexities of life and how we learn and grow. Years from now I’ll be rereading this from a different perspective so I’m wishing him the best of luck. I also wish I could show the 15-18 year old me things get better and that there are days that will even out the bad, I wouldn’t have stressed so much.

I hope everyone has a great New Years.